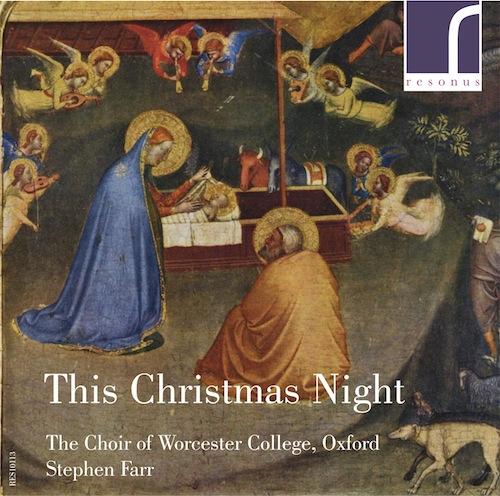 The Observer commented that the recording was “a refreshing album of contemporary carols from this classy Oxford choir, packed with world premiere recordings … offering soothing balm for any family tensions amid the tinsel.”

The recording also featured twice on BBC Radio 3.  On Saturday 22nd December, Andrew McGregor featured it on CD Review as he discussed the notable Christmas releases from Oxbridge colleges, commenting especially on the number of world premières on the album, “a fine selection of modern carols and world premières… [that serves as] an excellent reminder as to how strong the carol tradition is [in Britain]”.

The following day, Aled Jones played a track from the recording on The Choir and made reference to the numerous positive reviews that the album has gained, and the “impressive number, by anyone’s standards” of world premières.

This Christmas Night is available to download from resonusclassics.com