This has been an extraordinarily busy year for the college choirs, who have celebrated the college’s tercentenary with a series of special events.

A recording celebrating Worcester College’s composers is to be released in October.  The disc, recorded in April in the chapel of Keble College, features music by Rubbra, Leighton, Sherlaw Johnson, Saxton, Hyde, Pritchard, Pickard-Cambridge and McKie.

The college’s Tercentenary Concert took place in St John’s Smith Square in May.  Nicholas Cleobury directed the current mixed choir, augmented by a chorus of alumni, alumni soloists and the period orchestra Charivari Agréable in Haydn’s Nelson Mass and Handel’s Dixit Dominus.  Nicholas Freestone directed the current mixed choir in Robert Saxton’s At the round earth’s imagined corners and our tercentenary commission, Deborah Pritchard’s setting of the Benedicite.  The performances were excellent, and this was a fantastic way to celebrate the college’s tercentenary.

Both college choirs took part in a BBC Radio 4 Sunday Worship recording on 15th June in a service celebrating Trinity Sunday.  The service is to be broadcast on BBC Radio 4 at 8.10am on Sunday 7th September.  The choirs sing music by Archer, Tallis, Hildegard, Pritchard and Halls, whilst the Chaplain preaches on ‘The Harmony of the Trinity’.

The Mixed Choir’s year ended with recording sessions for a new release with Resonus Classics.  A follow-up to the critically acclaimed This Christmas Night, this will be a second volume of contemporary carols, featuring the music of Francis Pott, Richard Rodney Bennett and Gabriel Jackson, among others.  The recording will be released on the Resonus Classics label in time for the festive season, and will be available via direct download.

The Boys’ Choir conclude their year by touring Rome at the end of July, in a tour joint with St Giles’ Parish Church.  The choir will sing concerts and services at San Paulo Fuori le Mura, Sancta Maria Maggiore, San Giovanni in Laterano and St Peter’s Basilica, Vatican City.

A huge thank you to all our singers, our organ scholars and our Chaplain for making these events possible. 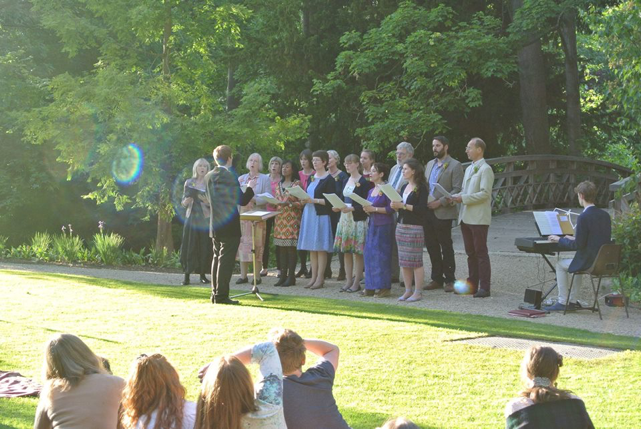