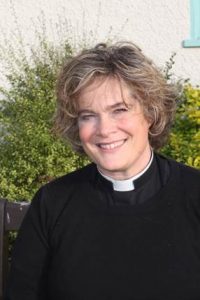 The Revd Dr Tess Kuin Lawton is responsible for all aspects of Chapel life and for the pastoral care of the College. She joined the College in 2017 from Magdalen College School, where she was a teaching Chaplain in Theology for eight years. During this time she prepared 48 students to study Theology, at the Universities of Oxford, Cambridge, Durham, Edinburgh, Exeter and Bristol. She taught the Christian Theology, Philosophy of Religion and Ethics papers at A level and has a PhD in Anglican Ecclesiology and the Theology of Religious Pluralism. Her most recent publication is a chapter on ‘Anglican Theologies of Ministry’ in the SPCK 2018 Handbook on Ministry.

Tess is also an Assistant Priest in the parish of Bampton with Clanfield and is the Vocations Adviser for the University.

The Chaplain’s room is Nuffield 10, and her email address is chaplain@worc.ox.ac.uk. 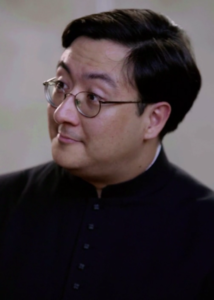 Dr Matthew Cheung Salisbury is also the National Liturgy and Worship Adviser to the Church of England, and a College Lecturer. His academic background is in liturgy and music, in both historical and contemporary contexts. He has most recently edited a volume of essays on worship alongside people with dementia. Matthew organises and oversees the daily offices and deputises for the Chaplain. He is also secretary to the Chapel Committee.

The Assistant Chaplain’s room is Nuffield 15, and his email is matthew.cheung-salisbury@worc.ox.ac.uk. 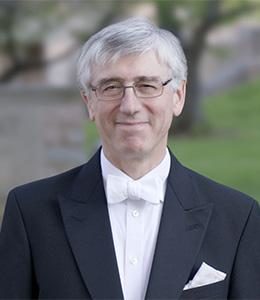 Professor Stephen Darlington MBE FRCO is responsible for the musical development of the Chapel Choir and organ scholars. He directs and trains the gentlemen, ladies, and boys of the choir for regular services, as well as for tours, recordings and concerts.

Professor Darlington was for over thirty years the Organist and Director of Music at Christ Church, Oxford. He was organ scholar at Christ Church in the early 1970s and held posts in other cathedrals before returning to Oxford in 1985. He has been President of the Royal College of Organists, and has been awarded Honorary Membership of the Royal Academy of Music and a lay canonry at Christ Church. He has over fifty musical recordings to his credit.

The Director of Music’s address is stephen.darlington@worc.ox.ac.uk 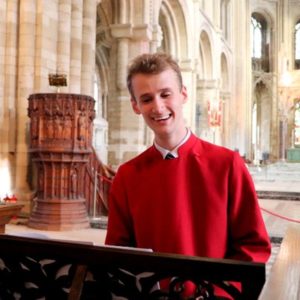 Mr Daniel Mathieson FRCO is an organist based in Oxford, combining his work as Graduate Organ Assistant of Worcester College with a busy freelance career as an organist, conductor and collaborative musician. He has also held positions at Salisbury Cathedral and Radley College.

After beginning his musical education in Yorkshire as a clarinettist and pianist, he took up the organ in 2010. He was admitted to Worcester College, Oxford, with an Organ Scholarship starting in 2014. At Worcester he directed and accompanied services, concerts and tours, and trained the college’s two Chapel Choirs. He graduated in 2017 with a first-class honours degree in Music.

As a recitalist, he has performed for the Three Choirs Festival and the Buxton Festival, as well as at Salisbury Cathedral, St. Marylebone, London, and venues across Oxford. He has also worked with the internationally-renowned Trinity Boys Choir in concert and on tour.

He has studied the organ with William Whitehead, Dame Gillian Weir and David Pipe, and conducting with Jeremy Summerly. He is a prizewinning Fellow of the Royal College of Organists. 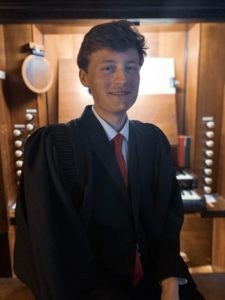 Mr Alexander Wilson ARCO began his musical education on the piano aged 8, followed by an organ scholarship at his parish church 3 years later. At 14, whilst at Bay House School, he became the Organ Scholar of Holy Trinity Church, Gosport (the ‘Handel organ’), playing regularly for services and concerts. At Worcester, Alex studies organ with William Whitehead and has recently been made a prizewinning Associate of the Royal College of Organists. On piano, Alex often accompanies other musicians, and recently played for Hampshire Music Service on a German tour of Stravinsky’s Petrushka and for the premiere of a musical with a big band in the Royal Albert Hall.

Besides the organ, Alex is also a keen saxophonist. He studied jazz saxophone, clarinet, jazz piano and percussion at the junior department of the Guildhall School of Music and played lead alto saxophone with Southampton Youth Jazz Orchestra, including a tour to Montreux Jazz Festival. He achieved DipABRSM saxophone aged 16. Alex is now the Musical Director and a saxophonist of the Oxford University Jazz Orchestra. Back in Gosport, he plays soul music with local bands, squash with friends and enjoys hiking.