This Fund is the bequest of Sir John Marriott, historian, Fellow of Worcester College, Oxford and Member of Parliament for York (1859-1945).

The Fund, which is now administered by Worcester College, provides educational grants or bursaries for the sons and daughters of clergy of the Church of England who have undertaken pastoral and parish work for a period of not less than three years in either the county of Oxfordshire, the city of York, or the parish of Bowdon in Cheshire, or the parish of Hayfield in Derbyshire. All of these places had a personal connection to Sir John or his family.

Any qualifying member of the clergy may make an application for financial support on behalf of their child or children to defray the costs of specific activities or purchases which have an educational purpose (note that we no longer help to pay school fees). The grants are awarded by the Trust Fund after due consideration of the applications received by an Advisory Board and in the light of the income of the clergy family involved.  Priority is given to those with the greatest financial need and grants can only be spent on the educational purposes for which they are awarded.

At present, applications may be submitted on a rolling basis. Applications are particularly encouraged from clergy whose family income has been affected by the Covid-19 pandemic, and from those for whose children the pandemic has had a significant impact. 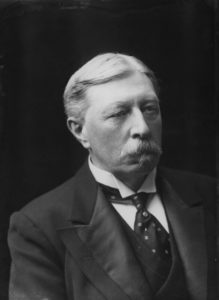 Sir John, who was born in Bowden in Cheshire, became a Fellow of Worcester College, an eminent historian and the MP for the city of York.   He had very definite ideas on uses to which his legacy should be put.  It was, he said; “to keep up a due supply of men and women qualified to serve God by ministering to his people particularly in the localities named above; to discourage celibacy among the parochial clergy, and to help to equip the sons and daughters of these parsonage homes, which are among the best, but also among the poorest in England, for the service of God either in State or Church in the widest sense of both terms.”

In particular, he wished the existence of the Trust “to keep alive the name if not the memory in the localities with which their lives were severally associated, of five Marriotts who truly served God and their country: my Father Francis Marriott and his wife Elizabeth, my beloved Mother; my dear brother Frank Ransome Marriott, who was for many years Rector of Wootton, Oxford, and Rural Dean of Woodstock,- a model country parson,- his son, my dear Godson, John Douglas Marriott who, a mere boy, gave his life for his country in the Great War, and my only and much loved child Elizabeth Dorothy Cicely, who was dedicated to ministerial work in the diocese of Oxford by my dear friend Hubert, Lord Bishop of Oxford in 1922.”

As originally envisaged the Trust awards would be made only to boys, selected by interview at the age of nine, who would be designated ‘Marriott Scholars’ and be awarded scholarships amounting to two thirds of their school fees.  If their progress proved satisfactory they would be offered further bursaries to continue their education and/or training to enable them, to pursue a career.  Sir John expressed the hope – but did not make it a restriction – that their careers might be in either agriculture or industry overseas in the British Commonwealth.

Since the original Will, with the approval of the Charity Commission, both the objects and structure of the charity have evolved and been significantly amended.

First, in the light of the significant changes in educational opportunities and aspirations since the Trust was formed, the Trustees widened the availability of their awards to both girls and boys. Moreover, instead of concentrating the awards on a small number of children, they now offer smaller grants to a much wider range of students, taking account in particular the financial pressures on clergy families.  Secondly, Marriott’s original Trust has become a fund administered by Worcester College, Oxford, with an advisory board assessing applications in the way that Marriott intended.