The end of Trinity term always seems to arrive sooner than expected in Oxford… It’s a term filled with (in no particular order!) revision, exams, concerts, madrigals, balls, dinners, farewells, tears and laughs, work and fun.

The Trinity term is one in which the chapel and choir community really comes together to support each other, to thank one another for the year’s activities and teaching, and to bid farewell to our leavers.

Our final week of term featured four large musical events in chapel: two very different concerts, and two services. Our traditional ‘leavers’ evensong’ was directed by our leaving senior organ scholar, Dan. He led the choir through music by Bairstow (I sat down under his shadow), Howells (Magnificat and Nunc Dimittis Collegium Regale), and Balfour Gardiner (Te Lucis) sung by the combined forces of the mixed and boys’ choir. The final verse of ‘The day thou gavest’ is always something of a moment of realisation for many people that this will be their final service in the stalls. Of course we always enjoy welcoming our former choir members back – you are always part of the choir family and community!

On Monday evening the weather was on our side and our annual ‘Music for a Summer’s Evening’ concert was held in the college grounds by the lake. We may be biased, but we think it is one of the most beautiful settings for this concert anywhere! As the sun starts to sink on a warm and balmy evening, it is the perfect accompaniment to a glass of pimms and some madrigals sung by the mixed choir and the staff choir. This year the mixed choir’s second set featured one of the tenor choral scholars on the appropriately named ‘continuo double bass’ in Rutter’s fun madrigal “It was a lover and his lass”. It has become a tradition that was “the long day closes” the combined forces of the mixed and staff choir join together to perform an item together. The unique addition to this year’s lakeside concert was the occasional bark from Coco, the Provost’s dog, at the end of certain pieces…

Worcester is the only college to have its own staff choir, and it is always a joy to hear how it is developing – there are always new members at each performance as the word spreads!

On Tuesday the boys’ choir sang the final service of the year with their evensong of Batten and plainsong. This was the final service that some of the choristers will sing before they move to new schools at the end of year 8.

To round off the year, all voices were raised in chorus to sing works with the Ensemble 1714, a period string group who joined the choir to perform music by Vivaldi, Handel, and Purcell. As a leaving opportunity, Dan conducted Handel’s Coronation Anthem ‘Let thy hand be Strengthened’, accompanied the Vivaldi’s Magnificat in G minor on the harpsichord and played a Handel keyboard concerto with the strings. Everyone was so proud of his playing and wished him well as he moves to become the organ scholar at Salisbury Cathedral next year.

We have already invited the ensemble back next year for our performance of Messiah in January!

In place of our usual Thursday evening rehearsal, we were able to enjoy chilling out on the college lawns with some refreshments after our final formal hall of term.

Now we have a couple of weeks off before our tour to Southern France – read our next blog to keep up with what we are doing on the road! 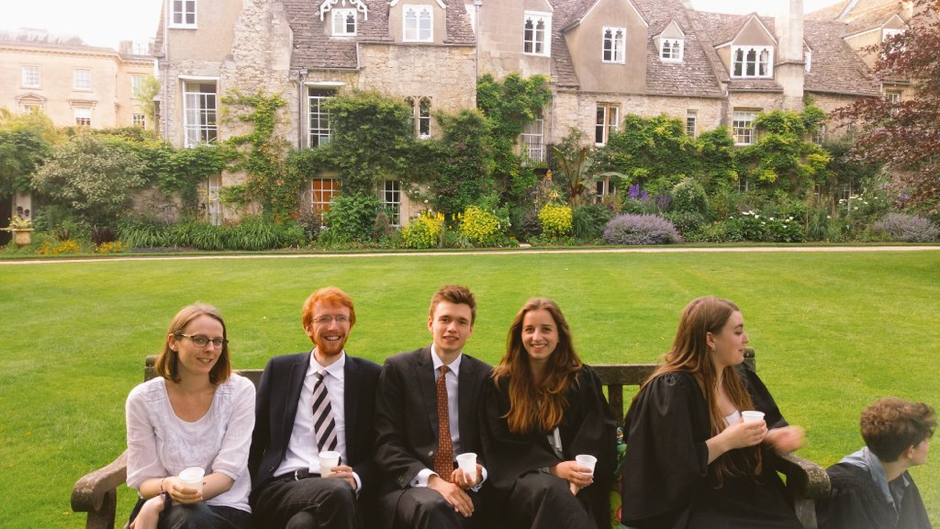